SARAH BRUSCO – Make Your home inside my heart : To END_OF_DOCUMENT_TOKEN_TO_BE_REPLACED

Before you pray, wait : : END_OF_DOCUMENT_TOKEN_TO_BE_REPLACED

Click the “Pop-up Player” link to listen to soaking music while surfing the internet. You will also be able to move the player around on the page]

The Big Picture: The New Testament and the Mission of God from Calvin Seminary on Vimeo.

In 1992, Bob Sorge, pastor and renowned worship leader at the time, loses his voice after an operation to remove an ulcer from his throat… When “why me? why now” doesn’t cut it…

DISCLAIMER: I believe the Canon of Scriptures as we have them today is necessary and inspired. I’m basically exploring how the early disciples lived their faith and what texts they used as basis to teach and make disciples. And what we can learn from it.

How many times have we heard the longing expressed for a return to the power and simplicity of the Early Church? What gave them this experience and reputation we so envy? Is it possible we are missing something as to where they drew their “doctrine” from? I am becoming more and more convinced that it is the case.

Even Paul in his writings was basically unpacking the massive prophetic legacy contained in the Law and the Prophets, the Torah and the Tanakh. Just as Jesus did for the disciples on the road to Emmaus in Luke 24. Just as the Bereans did after hearing the Gospel preached to them – they went back to the Hebrew Scriptures of their day. Just as Peter preached on the day of Pentecost. Just as Steven did before being martyred. And so on.

Now, tradition tells us that the first book of the New Testament was written “around” 50 AD. That would be close to 20 years after Jesus’ ascension. Yet, merely 50 days after his ascension the first revival broke in Jerusalem. The Church was born then. Not in 325 AD. Under the power of the Spirit, not under the authority of Constantine. Their Scriptures? Torah and Tanakh. And these are the ones of whom it is said they loved one another so much they shared their wealth, and acted like Christ so much that they were called “Christians.”

So what happened? Have we seen over the centuries the rise of a doctrine born of the New Testament rather than the Old? Indeed we have. There has been a clear Hellenization of Yeshua, the stripping of the Jewish roots of our Messiah, and therefore we ended up with a religious mixture called Christianity, based almost solely on the Canon of the New Testament. History recorded the extreme abominations the Church drew the world into. So completely different from the teachings of Yeshua and the Apostles. END_OF_DOCUMENT_TOKEN_TO_BE_REPLACED

SUPPORT SOAKING.NET
NOTE: We are not a registered charity,
so we cannot issue receipts for tax purposes.

Prayer Box – Share a need or pray for one! 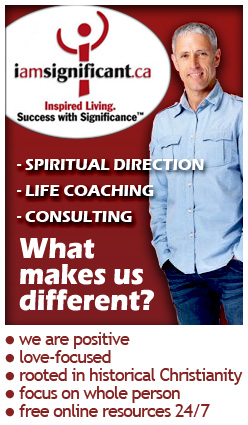 Welcome to your prayer room!
Some prayer points for this month: 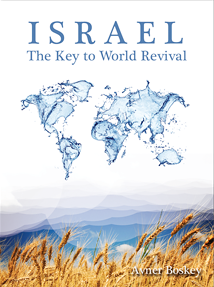 
PHILIPPINES
Also our friends Brian and Mirte Longridge in the Philippines. Provision and protection after the destruction of Hurricane Hayan. Also for their work with friends of Jesus suffering from leprosy. We ask for a vast harvest of continual resources.